The ‘AeroSHARK’ drag-reducing riblet film created by Lufthansa Technik and BASF has been certified for Boeing 777 aircraft.

The European Union Aviation Safety Agency (EASA) has granted Lufthansa Technik a Supplemental Type Certificate (STC) that allows for the modification of the 777-300ER and 777F with the fuel-saving technology.

The rollout of AeroSHARK on these aircraft will commence at launch customers Lufthansa Cargo and Swiss International Air Lines. Modification layovers in Frankfurt and Zurich are scheduled for early January.

Thanks to its special surface structure of microscopic ribs – so-called riblets – AeroSHARK reduces the frictional resistance of the aircraft skin, explained Lufthansa Technic. As a result, fuel consumption and CO2 emissions are reduced by around one per cent.

For each Boeing 777-300ER operated by Swiss, this means annual savings of around 400 tons of kerosene and more than 1,200 tons of carbon dioxide. The slightly shorter Boeing 777F saves around 370 tons of fuel and 1,170 tons of CO2 each year. 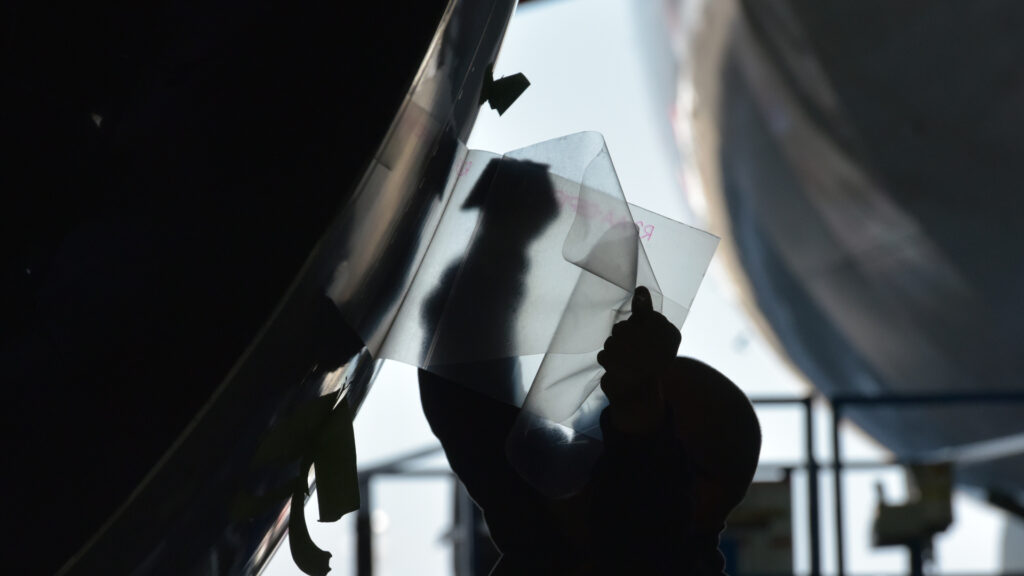 The first AeroSHARK-equipped 777-300ER aircraft (HB-JNH) was flown by Swiss in order to complete the flight test programme for the now-received certification, with daily operations beginning in October using a temporary ‘Permit-to-Fly’ from the Swiss Federal Office of Civil Aviation (FOCA) that was valid for this single aircraft only.

The STC issued by EASA now allows Lufthansa Technik to serially apply the riblet films to any Boeing 777-300ER and 777F aircraft.

“The approval of AeroSHARK for the Boeing 777 variants is an important step in the distribution of this new technology for more sustainability in air transport,” said Lufthansa Technik’s chief executive officer Soeren Stark.

“With our partner BASF, we can now support our customers in making entire subfleets more climate-friendly. Moreover, we intend to realise the use of the new technology for further aircraft types. We are the only MRO company in the world to offer such solutions to reduce fuel consumption and CO2 emissions for commercial aircraft. We are naturally very proud of this.”

Dr Uta Holzenkamp, head of BASF’s coatings division commented: “Realising such a project is only possible through cooperation in partnership and great trust in each other’s expertise. Together, we have succeeded in developing a tailor-made solution that combines economic action and sustainability in equal measure.

“With the Novaflex Sharkskin functional film, we are helping our customers to achieve their individual sustainability goals and in this way make aviation measurably more environmentally friendly.” 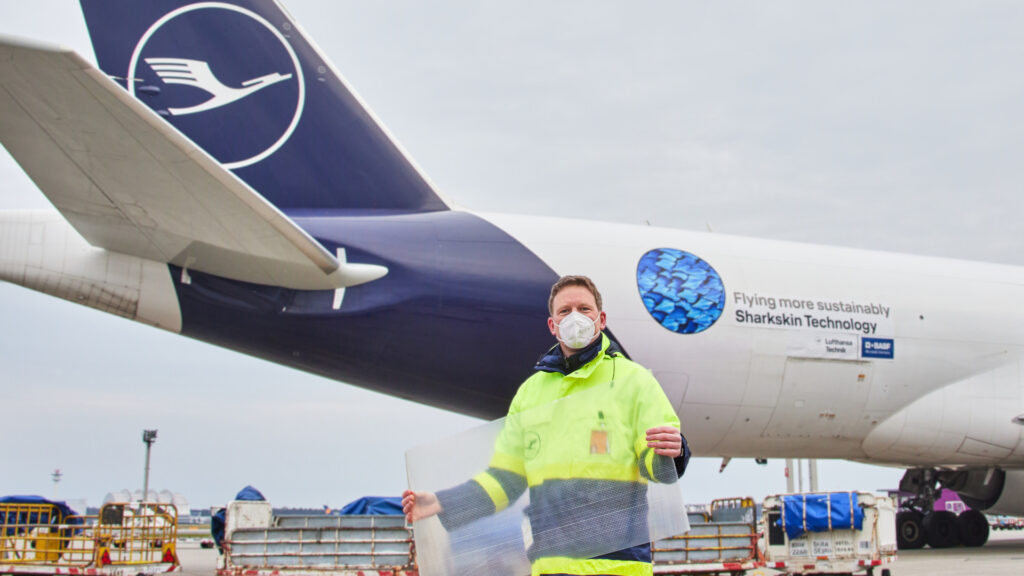 Swiss and Lufthansa Cargo will successively equip all twelve of their 777-300ERs and eleven 777Fs with AeroSHARK. The Lufthansa Group said that once all 777s at Lufthansa Cargo and Swiss have received their AeroSHARK modification, the group’s overall carbon footprint would be reduced by more than 25,000 tons annually.

Lufthansa Technik and BASF said their intent was to consistently develop AeroSHARK further for additional aircraft types and larger surfaces. In initial model calculations, the sharkskin technology in its maximum expansion stage could avoid CO2 emissions on the scale of up to three per cent, the companies noted.