Sales of the Aviation Group in the first nine months decreased from US$877 million to US$872 million. In the third quarter, sales were up 15.5 per cent year-on-year to approximately US$306 million. 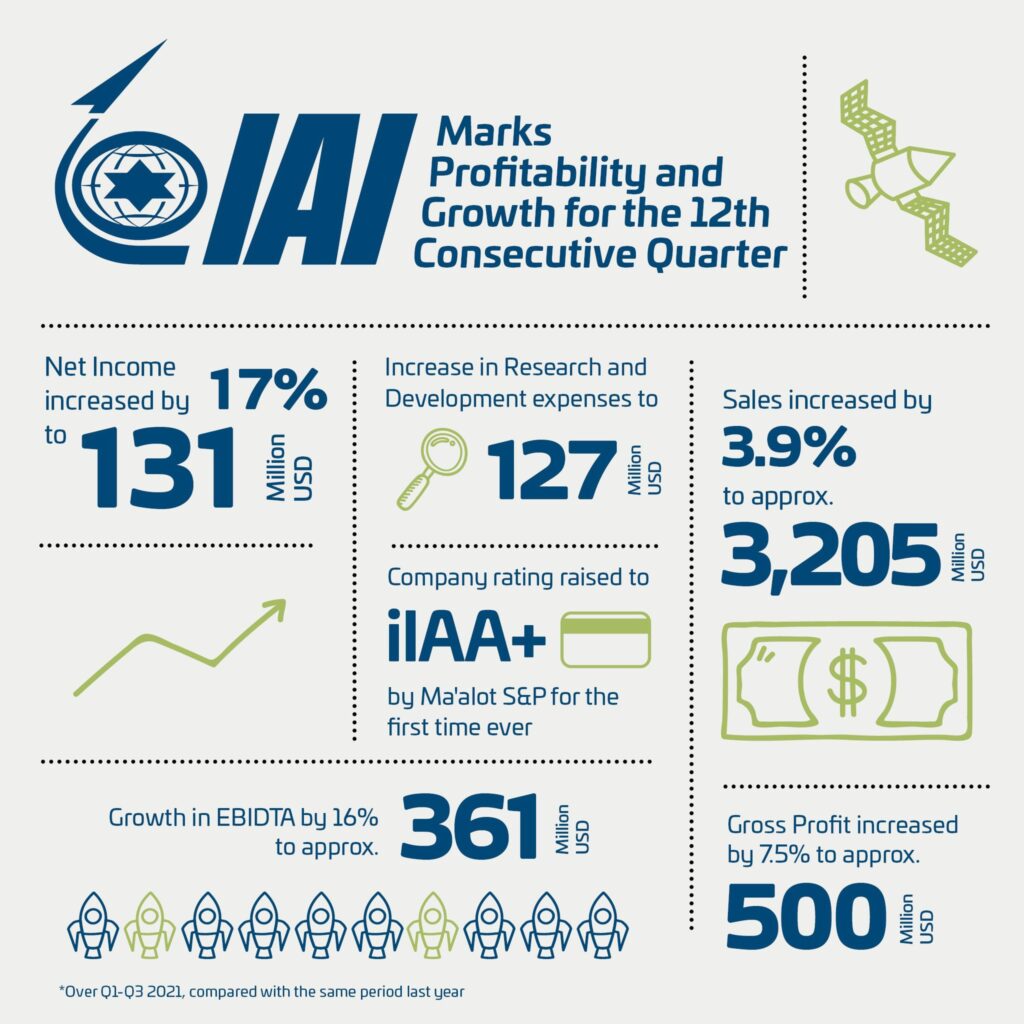 Reflecting on IAI’s overall results, CEO and president Boaz Levy (pictured) noted that the third quarter had been “the most profitable quarter in company history and we are recording a net income of US$131 million, leading to a 17 per cent growth in net income”.

He added: “The significant growth in income is thanks to the company’s significant operations in Israel and abroad, together with commercial success and cooperation around the world. The company continues to focus its activities on all business lines in the backdrop of the recovery in the global aviation industry. The company is also taking steps to strengthen its corporate management by promoting executives both from within and outside the company, as the workforce recovers from the Covid-19 era.

“The company’s performance over the first nine months of 2021 earned it a higher credit rating in the third quarter, and continues to contribute to enhancing its position in the capital market and readiness for an imminent IPO.”