Rolls-Royce has carried out a successful test flight of its 747 Flying Testbed aircraft using 100 per cent sustainable aviation fuel (SAF).

Working with Boeing and World Energy, the aircraft flew with a Trent 1000 engine running solely on 100 per cent SAF – with the remaining three RB211 engines running on standard jet fuel.

Initial indications following the three hour and 54 minute flight confirmed that there were no engineering issues – further proof, Rolls-Royce said, of the fuel’s suitability for commercial use.

Rolls-Royce’s director of product development and technology – civil aerospace Simon Burr said: “This flight is another example of collaboration across the value chain to make sure all the aircraft solutions are in place to enable a smooth introduction of 100 per cent SAF into our industry.” 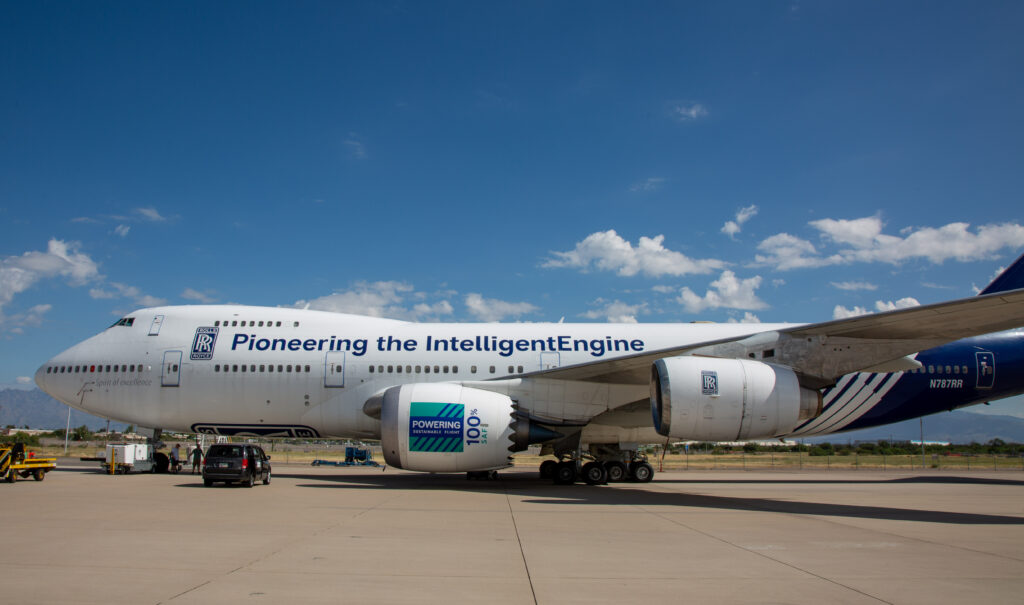 The flight from Tucson International Airport in Arizona was carried out in collaboration with Boeing, which provided technical support and oversight on aircraft modifications and assurance the aircraft systems would operate as expected with 100 per cent SAF.

Boeing’s vice president of environmental sustainability Sheila Remes said the flight provides further evidence that SAF can “replace conventional jet fuel over the long term” and is a “viable renewable energy solution to decarbonise aviation over the next 20-30 years”.

Last week, Rolls-Royce confirmed that all of its Trent engines will be compatible with 100 per cent SAF by 2023 and called for collaboration across the aviation sector to enable the transition of long-haul aviation towards net zero ahead of aviation goals set by the UN Race To Zero campaign.

Aircraft are currently only certified to operate on a maximum of 50 per cent SAF blended with conventional jet fuel. 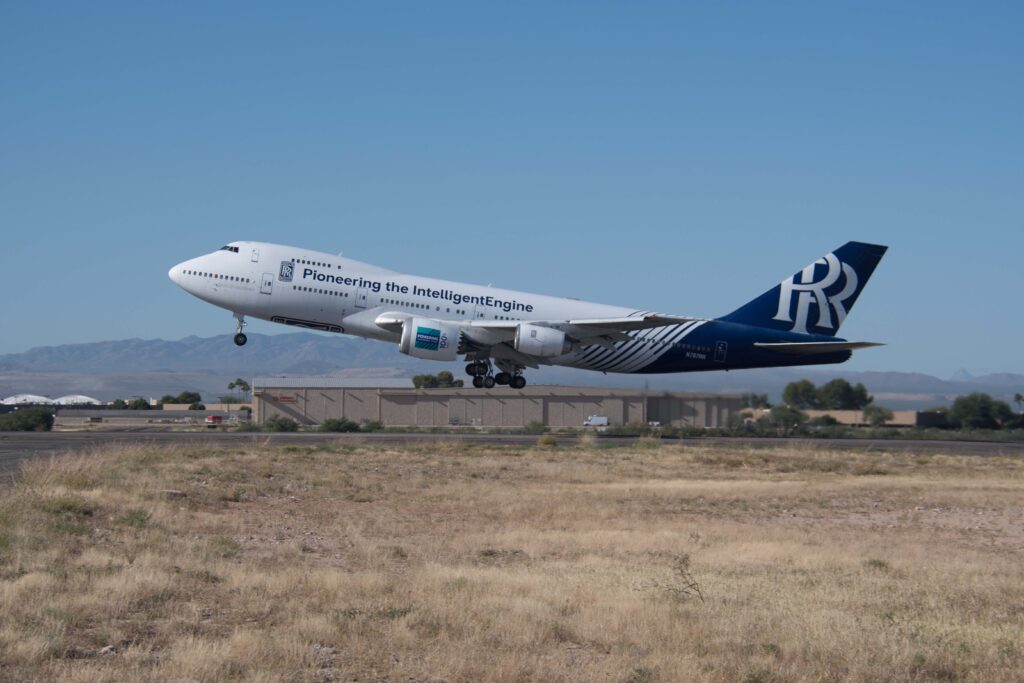