Lufthansa Technik and Premium AEROTEC have claimed a milestone in additive manufacturing, or 3D printing.

It marks the first load-bearing, metallic spare part from the 3D printer approved for aerospace use.

On this basis, Premium AEROTEC will produce the so-called ‘A-Link’ for Lufthansa Technik at its Varel, Germany site using a 3D printer.

A total of nine of these A-Links fix a ring-shaped hot air duct in the engine’s inlet cowl, which is thus protected from ice build-up during flight operations, explained the companies. However, the vibrations that occur here during operation cause the A-links to wear at their mounting holes, so that they often need replacement after a few years.

As the A-Links can be exposed to temperatures of up to 300°C, they are made of titanium. In the original, the component is manufactured by a forging process to meet the highest requirements for material properties. In the new manufacturing solution developed by Premium AEROTEC and Lufthansa Technik, however, it is built layer by layer in a 3D printer. This process, called ‘laser power bed fusion’ (LPBF), offers the advantage over forging that no jigs or molds are needed for production, according to the companies. In addition, the process can save valuable material, they added, “since after 3D printing a material removal is only necessary to a very small extent on some functional surfaces”. 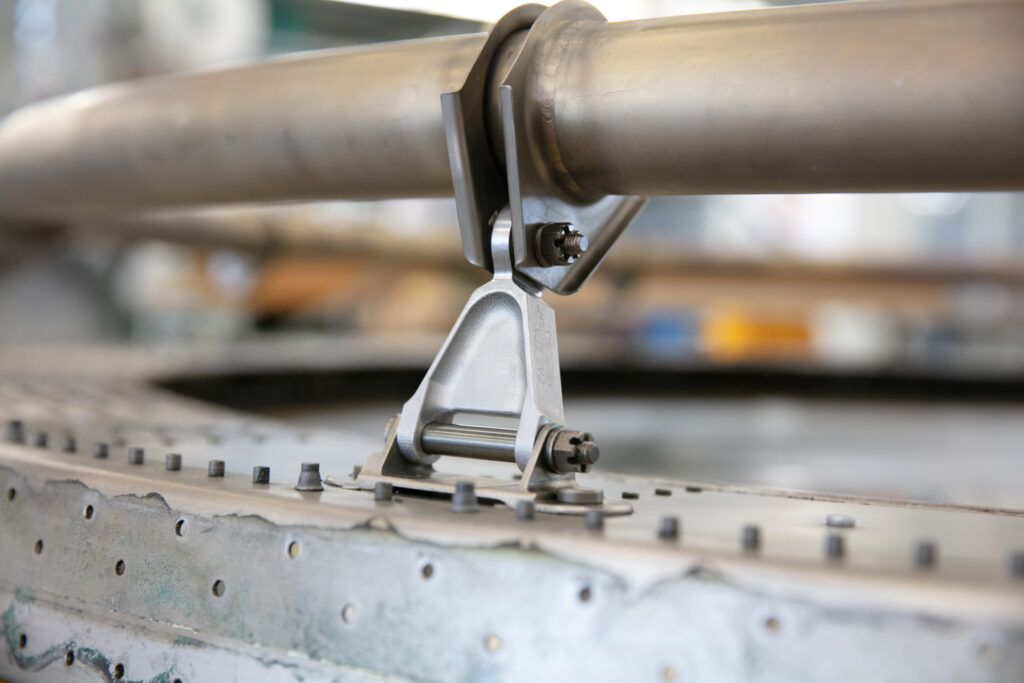 However, the properties of the components produced in this way, such as strength, are heavily dependent on the corresponding additive manufacturing process, the qualification of which must therefore be proven in a complex procedure. “To this end, Premium AEROTEC carried out a large number of so-called ‘print jobs’ with test specimens, with constant settings of all process-relevant parameters,” the companies stated. “This way, it was finally possible to establish a constant and reliable process and to prove that the highest requirements in terms of material properties are also achieved here. In terms of tensile strength, the additively manufactured A-Link is even superior to the original part.”

As part of this certification process, Lufthansa Technik has now extended the expertise of its EASA Part 21/J development facility to include additively manufactured metal components. Premium AEROTEC said its cooperation with Lufthansa Technik was a “significant milestone in the field of additive manufacturing, as it is the first time the company has supplied a customer outside the Airbus Group with printed series components”.

The first A-Links from the cooperation will be used in the Lufthansa fleet, where long-term experience with the new components is to be gained beyond certification.

“Premium AEROTEC is an international pioneer and technology leader in the additive manufacturing of aerospace components. Our company has already been applying this technology in the series production of complex structural components since 2016,” said Premium AEROTEC’s chief operating officer Dr. Ulrich Weber. “I am very pleased that in cooperation with Lufthansa Technik we can now once again demonstrate our comprehensive expertise in 3D printing.”

Lufthansa Technik’s chief operating officer Soeren Stark commented: “We have been producing components for the aircraft cabin, the vast majority of which are made of plastic, using 3D printing for years. Now we are able to demonstrate that structurally relevant metal parts for use outside the cabin can also be manufactured additively and approved for flight operations.

“In this way, we have not only achieved a cost saving for the component in question, but also defined and qualified all the necessary processes for the application of this ground-breaking manufacturing method for structurally relevant metal parts.”

However, the first aviation certification of a load-bearing metal spare part currently represents only a first step for both partners, as its geometry still largely corresponds to the original part.

The companies said future developments in the technology will also make it possible to use the advantages of additive manufacturing for targeted optimisation of the geometry. Theoretically, there are no limits to the shaping of additively manufactured components, so that they can then be produced more easily and with less material while retaining the same strength and function. Both partners intend to further develop these possibilities in the near future. 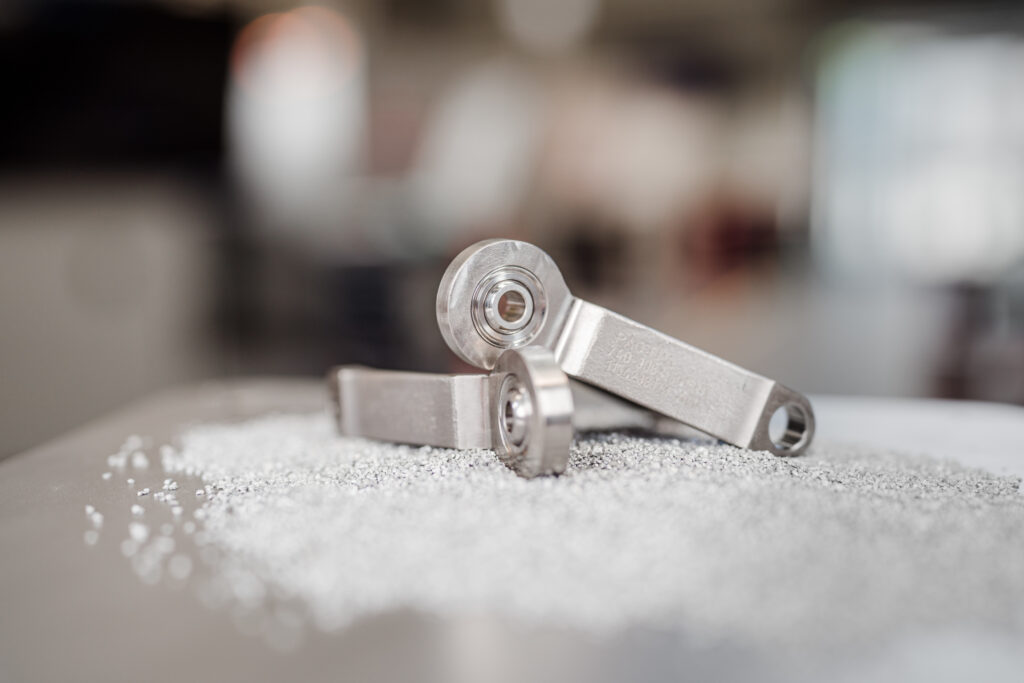